I went into the office today so I didn’t get to see Emmett until after dinner tonight. D said he had a pretty good day. A few desats around feeding, but otherwise pretty uneventful. He said he had kind of a fussy night, though, and that he didn’t get much sleep. I’m staying the night tonight, so we’ll see how he does. Right now he’s napping peacefully on my chest. He had a quick brady shortly after I got here, but has been pretty steady on his oxygen saturation. I did notice his tank is set at 1/32 instead of 1/64. The nurse said he had been desatting a little earlier, so they gave him a little bump.

Breastfeeding went pretty well tonight — comparatively, anyway. He’s still not really getting it, but he latched better tonight than he has been, and I think he kind of surprised himself when he actually got some milk! I can see the wheels turning and hope it clicks for him soon. 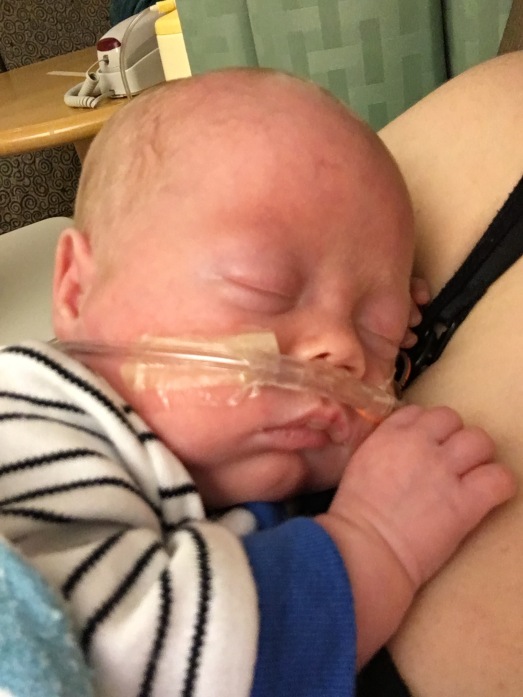 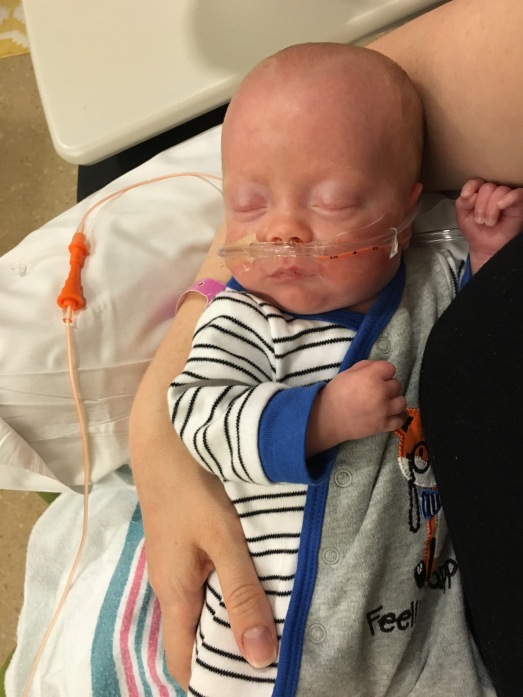