I need to take a moment to talk about how appreciative I am of my tribe.

I’m referring to my circle of mom friends. They come from all areas of my life — from old friends who happened to become moms too, to other moms I’ve met along the way who have became friends. I actually married into some of my closest mom relationships. D has a very close-knit group of friends, many of whom were his fraternity brothers in college — and a few he’s known even longer than that — and over the years I’ve become friends with many of the wives. As fate would have it, we all ended up having kids around the same time, and it’s been great to have a built-in network for playdates. Kids’ birthday parties tend to have very large guest lists in our circle.

Last weekend, some of these married-into mom friends and I went away for a girls’ weekend (sans kids), and I can honestly say it was one of the best weekends I’ve had in a long time. We drank way too much wine, stayed up way too late, and I know we at least attempted to sleep in, but since we’re all moms, of course we were all wide awake by 7 a.m. I’ve never laughed, cried, and cried from laughing so much in one weekend. It was so good for the soul.

The best part? While us moms were getting a much-needed break, the all the dads got the kids together and I’m pretty sure the kids had one of the best weekends of their lives too.

A few months ago, I had to go to Washington, D.C. for work. I’m part of a Facebook mom group with moms all across the country (and beyond), and had the opportunity to meet up with several who happened to live in the area (plus one who traveled for the meet-up opportunity!). Even though it was the first time many of us had met in person, it felt like catching up with old friends. This group of mom friends is particularly special to me because I “met” them online when I was pregnant with Emmett and we all had babies due in August. When Emmett was unexpectedly born three months early, I nearly left the group because I didn’t feel like I belonged anymore. But they were so supportive of our situation and I’m so glad I stuck around because I do not know what I’d do without them now.

Last night we had some friends over for dinner (part of the former fraternity family crowd). Their twin girls are about a year younger than T and two years older than E, and the kids just all get along together so well. We joke that T and the one twin are getting married one day, and the other twin is always so doting over E. We’ve sort of accidentally fallen into a Sunday night dinner routine with these friends, but instead of your typical dinner party where you might try to impress with fancy meals, it’s often simple grilled meat and veggies or frozen lasagna — but then the adults break out the good wine while the kids play. Because nothing beats sharing a good bottle of wine with friends.

I don’t know what I’d do without my mom tribe. Parenting is just so damn hard and these friends are my lifeline. Sometimes you need the friends who will tell you you’re not a failure when you admit your baby rolled off the couch once. Or who won’t bat an eye when you pour that third glass of wine and suggest the kids all watch a movie because it’s been THAT kind of week.

Thank you to my mom tribe. You know who you are and you keep me sane.

Earlier this month we had a joint birthday party for Theo and Emmett. Since their birthdays are nine days apart it made sense to combine them this year, and we’ll probably do that going forward for as long as they’ll let us. Last year I wasn’t ready to celebrate E’s birthday, so we opted to celebrate the anniversary of his homecoming instead. It was a much happier day for me than his birthday, and we got to do the obligatory cake all over his face experience (since he was only 9 months adjusted on his actual birthday, he wasn’t ready for cake then). We’ll probably still do something special for his gotcha day each year, but this year seemed like a good time to make the transition to celebrating his actual birthday. I think it helped that the day that worked best for our schedules ended up being about a week and a half before his actual birthday, so I was able to compartmentalize a bit. We ended up having a fun pirate-themed party in our back yard (Theo’s choice on the theme), and then on E’s actual birthday I took the day off work and we went back to the NICU to visit (more on that in a separate post).

I still can’t believe we have a five year-old and a two year-old! Theo is turning into this cool little dude who is the epitomy of the boy stereotype — wild and dirty and obsessed with bathroom humor (I’m so tired of hearing the word “poop” 8,000 times per day) — but sensitive and sweet and loving too. And really smart. He can count to (at least) 200 and surprises us with his ability to add and subtract with ease. I think numbers just come easily to him – something he certainly gets from his dad, not me! He’s got strong opinions and doesn’t back down easily or admit when he’s wrong (something he gets from both of us, lord help us). He’s what my dad calls “sometimes wrong but never in doubt.” He doesn’t show much musical or artistic interest, and the jury is still out on sports. I don’t think he’s going to be super athetic, but he may surprise us. He starts kindergarten in the fall, which I’m in complete denial about – but at the same time I’m looking forward to seeing how he flourishes in school. He recently tested as “gifted” in his pre-K assessment.

Emmett is certainly coming into his “terrible twos” phase, complete with GREAT BIG EMOTIONS over every little thing. I can tell he’s going to be my wild child. For as active as Theo is, Emmett takes “active” to a whole new level. He does not sit still, unless he’s in an unfamiliar environment, in which case he clings to me with an impressive tenacity. Actually everything he does is with a surprising amount of strength. For as little as he still is, the kid is strong, and I think he’s going to be very athletic if his lungs and legs don’t hold him back. We’re still waiting on the arrival of his leg braces his OT ordered last month, and while I’m not looking forward to the inconvenience, I’m anxious to get going on helping him. He’s finally starting to talk, and is proving to be quite chatty, repeating everything we say and even stringing together very basic 2-3 word sentences. He’s much more aggressive than Theo ever was at this age and we’re going through a bit of a biting and hitting phase. I know it’s normal developmentally for this age as kids test their boundaries and learn to express themselves, but it’s still disheartening to see. I’m also feeling guilty for judging the parents of the little boy who used to bite Theo at this age, and now understand you can sometimes do everything right but some kids just go through this phase! Hopefully it’s short lived.

With that, some pictures from the boys’ party! 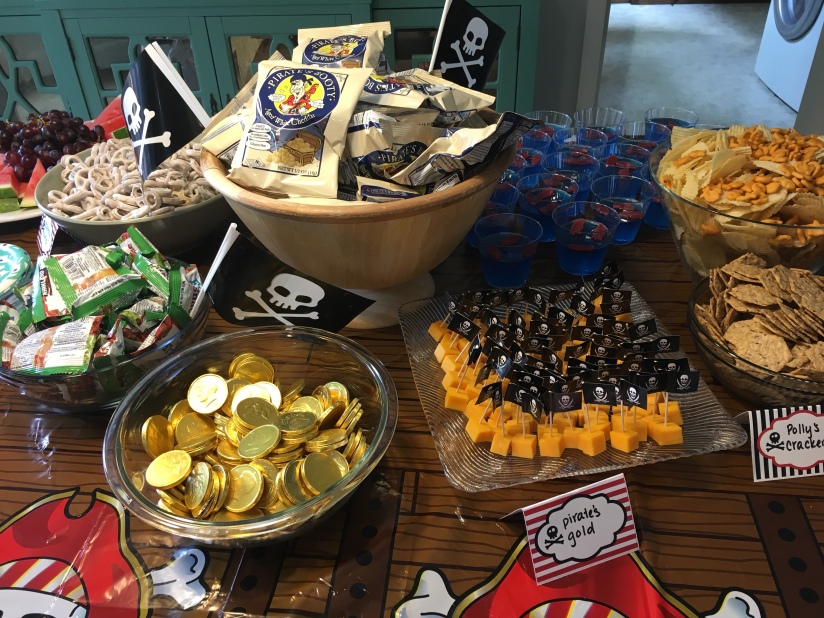 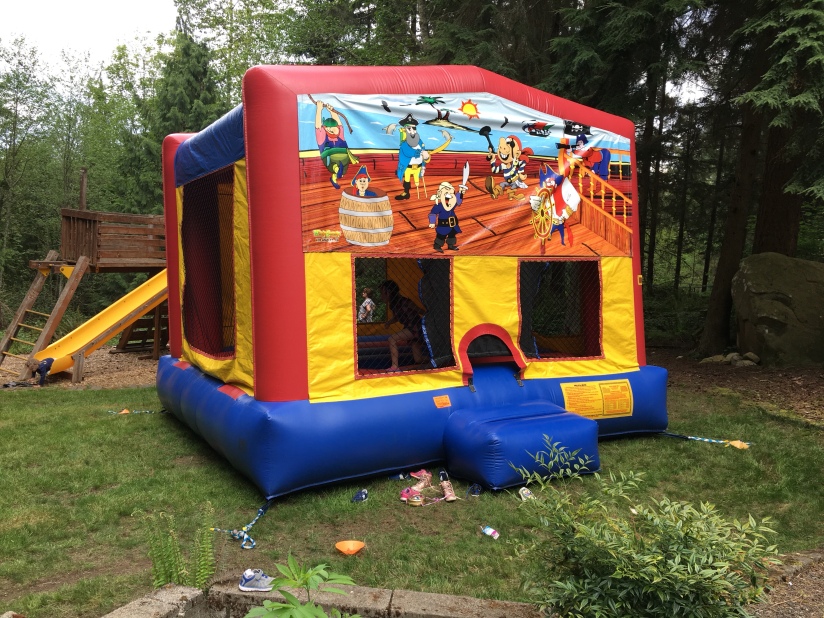