I am now five weeks pregnant, and it feels like time is just CRAWLING. It’s hard to believe it’s only been a little over a week since we found out. We still have three weeks to go until our first appointment and ultrasound, and six weeks until we plan to tell people. Not a lot of change since last week, but here we go… 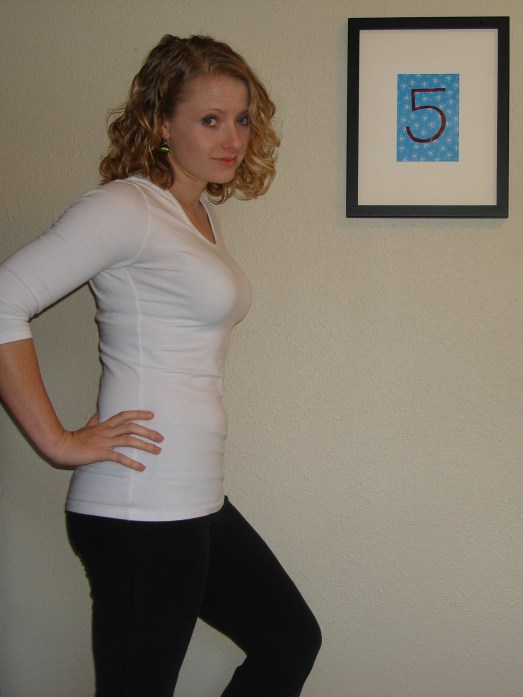 How big is baby? The size of an appleseed. Still tiny, but from poppyseed to appleseed in one week is a lot of growth, relatively speaking!

Milestones this week: Baby no longer looks like a ball of cells, but resembles a tadpole at this stage, and is now developing the neural tube, which will eventually become the brain, spinal cord, nerves and backbone. This week, its tiny heart will begin to divide into chambers and will beat and pump blood! BLOOD. In-sane. The placenta and umbilical cord are in place now, ready to deliver nourishment and oxygen.

Symptoms: Holy bloat. I have already had to retire any tight shirts, except those worn under bulkier sweaters. I start off the day with a normal pre-pregnancy sized belly and by the end of the day, my pants are so tight and I feel like a Pudgy McFatty. Sweat pants are my new best friend, and must be immediately changed into upon returning home from work.

My boobs are so sore I can’t sleep on my stomach anymore. The tiniest bit of movement is excruciating, to the point where I have to hold onto them if I’m walking to the bathroom in the middle of the night. May have to start sleeping in a bra soon.

Speaking of middle of the night, the nighttime bathroom trips have increased in frequency, and now not only do I wake up having to pee, but I’m hungry as well. And hunger = nausea these days. Double-whammy. I tried to ignore the hunger for the first few nights, but it got to a point where the hunger and subsequent nausea were so intense they were keeping me up. So the last couple nights I’ve also had to indulge in a midnight snack, just so I could get back to sleep. Thankfully, the eating does make me sleep more soundly and I tend to wake up less to pee after I’ve had a snack.

Still drawn to healthy foods for the most part, but the midnight snack (which is usually a few saltines or tortilla chips) means that I can probably kiss that tiny bit of weight loss I experienced goodbye. But I’m okay with that. It’s probably for the best anyway.

One thing I’ve noticed that’s a bit concerning this week is that my nausea tends to come and go. Not that I enjoy being nauseated, but when it goes away, I start to worry that something may be wrong. I think I will probably be a basket case until we can get that first ultrasound and see the heartbeat in three weeks. The miscarriage rate for early pregnancies is somewhere around 20-30%, but that drops to just 3% after seeing the heartbeat.

What I miss: Sleep! And being honest with people.

What I’m looking forward to: The first appointment/seeing the heartbeat. And telling people!

Other stuff: Had a get together with my girlfriends today. We went to go see our friend’s new baby at her house. It was so good to be with the girls again, but so hard not to tell them! I had stressed out about what to do if we had drinks at this get together. I finally decided that I would go ahead and accept a drink, but just not drink it. If someone noticed and called me out on it, I’d come clean. We really don’t want to tell people yet – especially since we haven’t even told our parents! – but I wasn’t about to lie to my best friends, either. Thankfully, either no one noticed that my drink went untouched or if they did, they didn’t think anything of it. I had mentioned to them that I thought I may be coming down with a cold (which is true), so maybe they just chalked my not drinking up to not feeling well. I was sad I couldn’t hold the baby, but I didn’t want to get him sick with his fragile little immune system. So I frequently reapplied hand sanitizer and kept my distance. A bunch of the girls were going out to a bar later to watch the Coug game, but I decided to go home to rest. Maybe I’ll take a nap to make up for the lack of sleep I got last night.