As of yesterday, I am officially four weeks along. I’m still not used to the fact that they calculate gestational age starting from the first day of your last period, because you don’t even ovulate for about two weeks after that. So while I’ve only actually *been pregnant* for about two weeks, I’m considered four weeks along, per medical industry terminology. Weird. At any rate, I thought I would start a weekly tradition of doing a week-by-week update each Saturday, to track progress, symptoms and milestones. 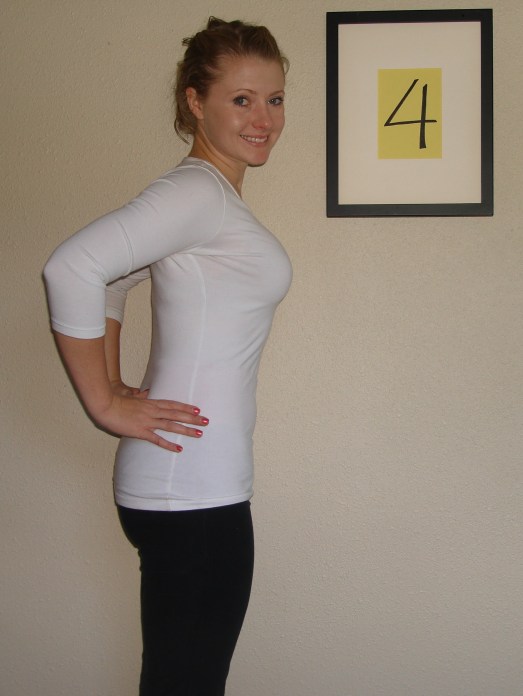 How big is baby? The size of a poppyseed.

Milestones this week: This week marks the beginning of the embryonic period. Our baby is starting to grow organs. ORGANS. As in, the beginnings of its nervous system, gastrointestinal tract, pancreas, liver, thyroid, skeleton, blood system, muscles and hair. Yes, HAIR. All on a teeny tiny poppyseed.

Symptoms: A little bit of bloat, but stomach is still relatively flat. The poppyseed itself isn’t taking up much room yet, but I have heard the bloat starts early on, which can make you look farther along than you actually are. Oh goody. I’ve also had some cramping, which is a little nerve-wracking, as it feels like I’m about to start my period, but I have read that your uterus cramps and contracts in preparation for stretching about 500 times its normal size (!!!!). Other than that, my boobs are noticeably bigger and really sore and I have some heartburn and a little nausea that come and go. So far the main nausea triggers seem to be coffee, hunger (I’m hungry constantly) and the smell of dog food. The dog food is by far the worst offender, and was one of my first clues that I may be pregnant. I haven’t thrown up yet, but the morning dog feedings have repeatedly sent me running and gagging to the sink with my hand over my mouth. I’m thinking maybe D will need to take over dog feedings. Too bad he’s out of town this weekend so I’m on my own. Thankfully, despite the fact that I’m hungry often, my appetite seems smaller. I also seem to be drawn to healthier foods and have been eating salads nearly every day. Let’s hope this keeps up!

What I miss: Not having to keep secrets from everyone. This is much harder than I thought it would be. We have decided not to tell people until we’re at least close to the second trimester, and have plans to tell our parents at Thanksgiving, followed by friends a couple days later. I will admit, we have broken our self-imposed rule and told one person each. One of my friends knew we were trying and flat out asked me (I just couldn’t lie!) and D felt like he just needed to tell someone so he confided in a friend who has recently been through this and would understand the need to keep things secret. But our plan is to not tell anyone else until we’re further along and the risk of miscarrying isn’t so high. The last thing I would want is to live through the agony and heartbreak that alone would bring… and then have to relive it by telling everyone that we lost the baby… and then relive it again every time someone who hadn’t heard about the loss asks how things are going. As of now, if worse comes to worst, we will have two people to tell, one of whom has been through a loss and would certainly understand. Tonight I have a friend’s birthday celebration to attend at a bar, and will have to be sneaky about not drinking. Actually, I found out this bar carries non-alcoholic beer, so hopefully I should be able to fly under the radar with a fake drink in my hand.

What I’m looking forward to: Telling people!! I’m also looking forward to this feeling more real. Every once in a while, it hits me that – holy crap – I am actually pregnant. It feels like a dream. I will admit something kind of gross – I haven’t thrown away the home pregnancy test yet. Yes, I realize I peed on this stick, and it’s kind of nasty to keep around, but a couple of times a day, I will look at it and reaffirm to myself that yes, there are indeed two lines on the test! I also may have taken a second test yesterday, but am going to refrain from continuing to do that. No need to torture myself. Knowing me, I’d hallucinate that the line was somehow getting lighter and that my pregnancy was doomed or something.

Other stuff: D has been incredibly sweet lately. I love the guy, but I will be the first to admit, he is not as open with his feelings most days as I would like. Something has changed in him, though, and he just has been acting much more affectionate these past couple days and saying “I love you” more. And this morning, he actually told me to drive more safely. I told him I was just driving how I normally do (which I will admit, is fast), and he mentioned something about how I should start driving more safely now. I joked with him that he never cared before when it was just me. Okay, honey. I promise. I will slow down, now that I am carrying your child.