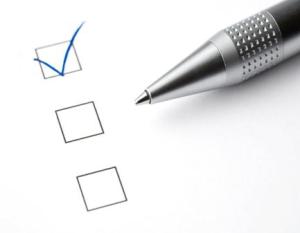 As I mentioned previously, since we had my IUD removed a month earlier than planned, we were going to be careful for a month before trying. Well… let’s just say we weren’t very diligent about that plan just once, and that “just once” ended up being on the day I ovulated. What do they say about the best laid plans again? Anyway, here I am, 6 days post-ovulation, wondering… could I be? No way. Maybe? Highly unlikely. But still possible. On the one hand, if we had been trying, the timing would have been great. But on the other hand, due to my short luteal phase, I’m fully anticipating this taking a while. Besides, who gets pregnant on the first month, anyway, let alone the first “time?” It takes the average healthy couple 6 months, and I know many who have tried for much longer.

It doesn’t help that I’m an admitted hypochondriac. I’m seriously over-analyzing every potential symptom, logically knowing that even IF I were, it would probably be too early to be exhibiting symptoms, anyway (although a blogger I occasionally follow got a positive pregnancy test at 6 DPO). I promised myself I wouldn’t over-analyze, yet here I am. Again, best laid plans, right?

Admittedly, most of my “symptoms” are similar to what I feel each month as my period is approaching. Mother Nature is a cruel beast, as the same hormone that surges when you are pregnant (Progesterone) is also what dominates your luteal phase as you approach your period, so the symptoms can be nearly identical. However, the one thing I’ve never experienced before that I just noticed this morning is a sudden heightened sense of smell. For some reason when I came downstairs this morning to feed the dogs, I got a whiff of what smelled distinctly like urine (eeewww). The dogs are both housetrained and we have brand new carpet, so I have no idea where it was coming from, but there it was. I also felt a little nauseated later this morning, but admittedly that was after I started to obsessively over-analyze the smell issue. The mind can be very powerful and I am trying to keep a level head about this, knowing that once I psych myself into thinking I have symptoms I will likely start noticing even more.

So, to keep myself sane until Wednesday (when my period will either have arrived or be officially late), I’m making a list of all the things I have to look forward to if I’m not knocked up. In theory, whether I am or not, I’ll be excited, right? Either excited to have literally gotten pregnant on the first try and to not have to go through the stress that months (or years) of trying can bring… or excited for the following:

Now, I have a headache. Resisting the urge to google whether that’s a pregnancy symptom…