Today Emmett is 37 weeks adjusted, which means he’s officially a full-term baby now. He did pretty well with his bottles last night and today, and this evening he nursed a full feed. He’s averaging about 60 percent of his daily volume orally, and we need to get to 80 percent before the feeding tube comes out and we start the clock for his release. I was able to clarify the other criteria – five days without a major event – and confirmed it started at last event … which was five days ago (!!!), so we are good to go on that front, as long as he continues to behave.

Today was jam packed at work trying to wrap up as much as I can and organizing all of my projects so I can hand them off. It’s hard because I feel like I’m still catching up after being gone those six weeks after E was born, so I’m feeling a little bit panicked about getting everything squared away for a second leave!

I also gave notice at daycare that we will be pulling T while I’m home on leave. We had debated whether to keep him in or not, and I was initially leaning toward keeping him in at least part time. But daycares are germ factories and we will be playing things a little cautious for a while, so we’ll just keep him home. I’m anticipating extreme exhaustion in my future, staying home with a toddler and an infant. Going back to work may very well feel like a vacation!

They removed E’s nasal cannula today around 11:30 a.m. We’ve done this twice before and both times he’s made it about 12 hours before he gets tired of breathing and needs support again. It’s almost 11:30 p.m. now and he’s still doing well. His weight was good too (he’s up to 6 lbs 8.5 oz), which is a good indicator he isn’t having to work too hard. I like seeing more of his face, and with any luck the feeding tube will be next to go! 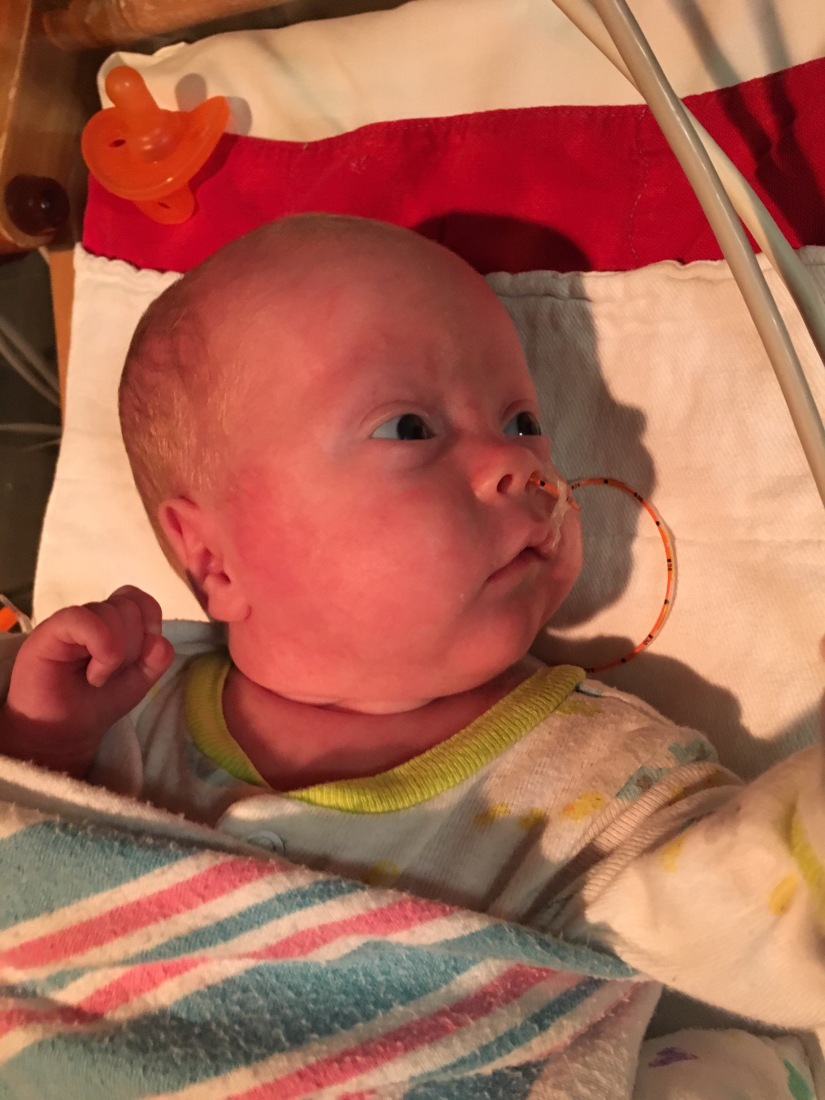 Published by Keeping up with the Hoffmans

View all posts by Keeping up with the Hoffmans