So, this happened today:

Emmett got to ditch the isolette and is now in an open bassinet. At first I thought it seemed really soon. And then I realized he will be seven weeks old tomorrow. Seven weeks in the NICU, wow. If someone had told me months ago their baby had spent seven weeks in the NICU, I would have thought that sounded like the most awful thing in the world, but it’s flown by. Don’t get me wrong – this is by far the hardest thing we’ve ever had to go through, and we’re only about halfway there. But we’re also doing okay. As I’ve said before, as long as he’s okay, I’m okay. And huge milestones like this really do wonders for keeping a positive outlook.

Speaking of positives, E gained 48 grams today and is now 4 lbs 1 oz. He’s down to 1 liter of flow on his oxygen and the nurse told me tonight that she thinks he could be off oxygen altogether within a few days. I’ll believe that when I see it, considering they’ve prepared us for the possibility that he could come home on oxygen due to the CLD. He also still has a few more days on the prednisolone and we’ve been told that babies can sometimes rebound a bit once they’re off it, so I’m trying not to get my hopes up until I see how he handles that. But the fact that we’re even talking about it blows my mind.

Now that he’s in the bassinet he’s wearing clothes, which is pretty exciting. Last night I washed a bunch of preemie clothes we’ve gotten as gifts and he’s gotten to wear two of his outfits today (he peed on one and needed a wardrobe change!). We also have free access to him and can pick him up if he cries now. He still has a lot of wires and tubes to navigate so I’m not very comfortable with that yet, but I’m sure that will come with time. It’s funny, he suddenly feels much more like he belongs to us instead of the hospital. 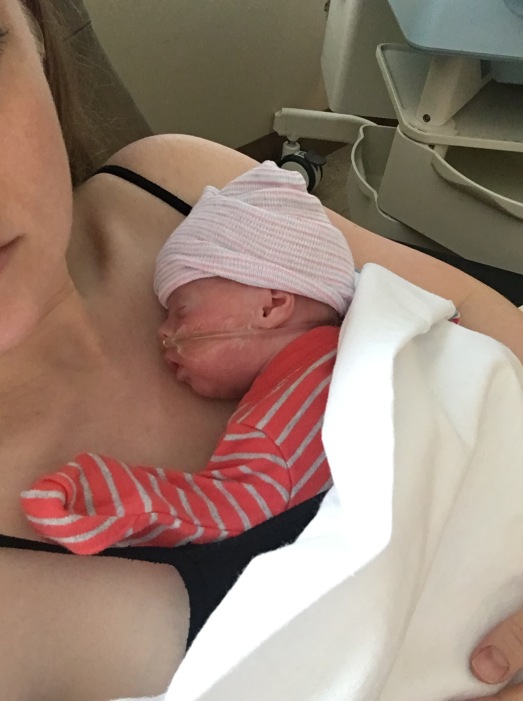