Today is Father’s Day. We didn’t do much. D spent the night at the hospital last night, and then I brought T to meet him and we all had lunch together in the hospital cafeteria. Fancy schmancy. D took Theo home to nap and I stayed at the hospital for an afternoon of kangaroo care, before going home for dinner (reheated casserole!) and then back to the hospital after tucking T into bed.

Today’s kangaroo care was great! We got to try “nuzzling” for the first time since the nurse thought E was showing signs he may be interested in breastfeeding soon. Basically, instead of holding him upright and parallel against me, I held him in the crook of my arm as if I were nursing him, but just followed his lead. He didn’t really know what to do just yet (nursing instincts don’t typically kick in until around week 32), but he did a little rooting and gave me the occasional lick. It may not sound terribly significant, but it was wonderful. We’re still a couple weeks away from him really being able to do much more than that, but it was a good step in the right direction. At the very least it was great to be able to hold him like one would normally hold a baby and to look down at his face. Usually during kangaroo care he’s right under my chin, so I can only see him if I really crane my head back — or use the selfie mode on my phone. 🙂

Today was otherwise pretty uneventful, which is always good. I don’t think he had any bradys today and only a few minor desats. Weight was unchanged, but he’s had several days of sizable gains so that’s not unreasonable.

Another day down. Some days I feel like a prisoner etching tally marks into my cell wall. 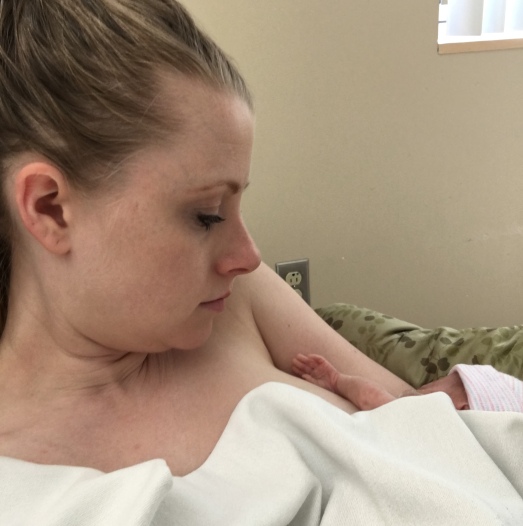